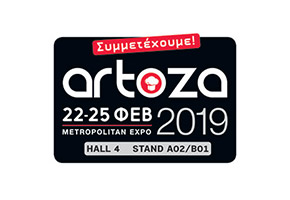 The Société Anonyme under the title “STELIOS KANAKIS INDUSTRIAL AND COMMERCIAL S.A., RAW MATERIALS FOR CONFECTIONARY, BAKERY AND ICE-CREAM”, with trade name “STELIOS KANAKIS S.A.” (hereinafter referred to as the “Company”) informs investors that the annual Ordinary General Assembly of the Company shareholders, held on June 1, 2016, decided, among others, to reduce the share capital of the Company by the total amount of 825.000,00 Euros, through the respective reduction of the nominal value of each Company share by the amount of 0,11 Euros, i.e. from 0,80 Euros to 0,69 Euros and the return – payment of the respective amount to the Company shareholders.
Following the above reduction, the share capital of the Company amounts to five million one hundred seventy-five thousand (5.175.000,00) Euros, paid in full and divided into seven million five hundred thousand (7.500.000) common registered shares with voting rights, each of sixty-nine cents of the Euro (0,69) nominal value.
On 08-06-2016, decision, under no. 60540/08.06.2016 (Posted in the internet under code: 7ΛΛΠ4653Ο7-Τ1Ψ) issued by the Department for Listed SAs and Sports SAs of the Division for Companies and G.E.MI. of the General Market Division of the Secretary General for Commerce and Consumer Protection under the Ministry for Economy, Development and Tourism, was registered in the General Commercial Registry (G.E.MI.) under Registration Code Number 654716, through which amendment to article 5, par. 1 of the Company Article of Associations was approved.
The Stock Market Steering Committee of Hellenic Exchanges SA was informed during its meeting of 30.06.2016 about the reduction of the Company share capital through the reduction of the nominal value of the Company shares and the return of the capital through cash payment to shareholders at a rate of 0,11 Euros per share.
Following the above, from 05.07.2016, the Company shares shall be listed in Athens Exchange at the new nominal value thereof, i.e. 0,69 Euros per share.
From the same date, the starting price of the Company’s shares in Athens Exchange will be formulated in accordance with the Rulebook of Athens Exchange and decision no. 26 issued by Athens Exchange Board, as currently in effect.
The beneficiaries of the capital return are the shareholders registered in the D.S.S. files on 06.07.2016 (record date) for this listed Company.
The starting date for the payment of the capital to be returned (0,11 Euros per share) is set on 12.07.2016.
The payment of cash for the capital to be returned shall commence from 12.07.2016 and shall be performed through “PIRAEUS BANK S.A.” in agreement with the capital controls imposed by the Act of Legislative Content of 18.07.2015 (Government Gazette Α΄ 84/18.07.2015), as currently into effect:
1. By the operators of the beneficiary shareholders in the D.S.S., through the procedure provided by par. 5.2 of Athens Exchange Rulebook and article 39 of D.S.S. Bylaws, provided they have received the collection right.
2. Through “PIRAEUS S.A.” branches, with regard to shareholders who have requested exemption from their operator in the D.S.S. or have rescinded the relevant authorization to their operator, or have kept their shares in the Special Account of their Investor Share.
3. With regard to shareholders to whom it is not possible to credit the amounts through their operators, for any reason whatsoever, the dividend can be collected from 12.07.2016 from the branches of the above paying bank.
In order to collect the cash payment from the branches of PIRAEUS BANK S.A., it is necessary to present the identity card and the printout of the Investor Share Number Code from the D.S.S. Payment to third parties is made only after presenting authorization bearing the full details both of the beneficiary and of the authorized person (name and surname, father’s name, identity card number and VAT reg. no.), signed and verified by the Police or other Authority.
Four (4) months after the starting date of the cash payment, i.e. 13.11.2016, the capital return in cash shall be made only from the Company headquarters (4 Anemonis Street, Acharnes, Attica, postcode: GR 13678, Athens).
For additional information, shareholders are kindly requested to contact the Investor Relations Department of the Company (tel.: 210-24.19.700, Ms. Maria Moraiti).